Christian and I are getting married!!!

on September 07, 2010
Best day of my life....August 13, 2010. I was on vacation with my family in Southern California. Christian couldn't come because he had work. After a morning breakfast on Huntington Beach, my sister Gretchen and I went to go stake out a place for our family to be on the beach for the day. Gretchen realized she had "forgotten" her phone and ran back to the hotel in which we were staying at. I continued to walk on the beach to set up a place on the beach. As I came to a spot that looked good I spotted Christian walking towards me. I didn't think it was him but did a double take just in case. sure enough it was Christian on the beach with a suit jacket on and randomly in the most perfect spot on the beach. I was shocked and so surprised that he was here, I quickly embraced him and asked him what in the world he was doing here. Christian simply replied by kneeling on one knee and asking if I wanted to marry him. I of course said YES! I was shocked, surprised and absolutely flabbergasted that he just came out to my favorite place in the world and propose to me right there on the beach!! He and my family did a pretty good job of keeping it a secret I must say because I had no idea this was coming! It was the most perfect proposal and I AM SO EXCITED!!

We are getting married November 20, 2010 in the Salt Lake City, Utah Temple! 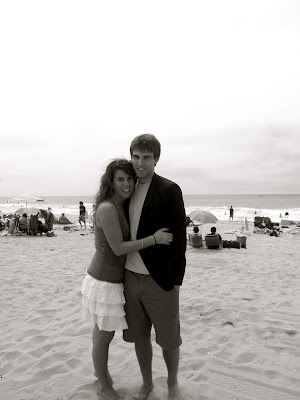 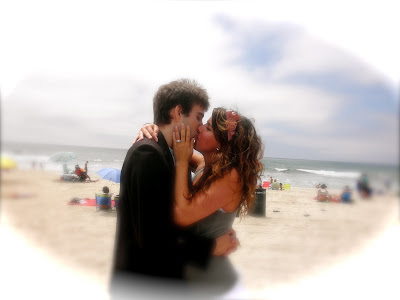 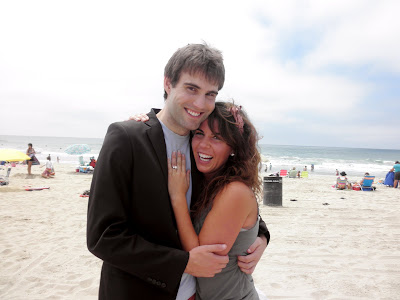